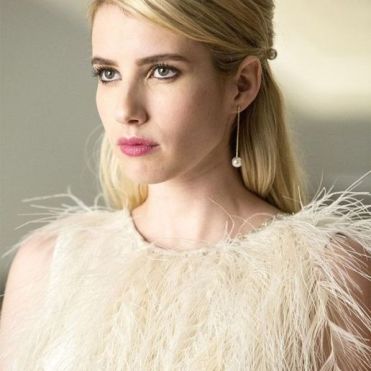 YA is the hottest market in fiction. It dominates year after year with the hottest new Lifetime afterschool special plots, quirky, misunderstood protagonists who are totally cool, and everyone is a 1980s movie character cliche. Obviously, this has changed since the days of Heathers, Mean Girls, Friday Night Lights, and other forgotten 90s and 2000s high school movies.

While genre cliches have relaxed and been deconstructed, there is still a strange recurrence of the super misunderstood nerd/geek/hipster/theater club member changes the school by defeating the alpha bitch/queen bee/football captain. While this can be entertaining, it often does a disservice to the complicated reality of high school. Sure, teens in general are shallow, melodramatic, often breaking up, making up, gossiping like chickens, but well, yeah? That doesn’t change once you get out of high school. That’s human nature.

The Alpha Bitch is often the villain of the story. She’s rich, she’s pretty, but she doesn’t care about real stuff like our quirky protagonist. She’s probably dating the jock, controls the school’s social hierarchy like a banana republic dictator, and has a future as model or a Fortune 500 power CEO. But at 30, she’s a loser, an alcoholic, and our quirky protagonist totally got her good by becoming successful, respected for her quirks, and omg she’s just like me at 15!

Then there’s Chad (James, Rich, etc). He’s built like a shitbrick, has the IQ of a potato, but goddamn is he a hunk. He hates nerds, loves sports, pounds beer, and gets the ladies (and sometimes the fellas!). He often ends up a deadbeat loser working at a local supermarket. He’s always wearing his Letterman jacket and going on about the 2001 D1 championship. Our quirky protagonist is glad she didn’t fall for him and ended up like Heather.

Then there’s our quirky protagonist. She’s not a sociopathic, equally shallow rube. No, she’s quirky ™. She likes vintage movies, dances to Duran-Duran ironically, doesn’t want to be like the other popular people (she totally does), and just wants to be free to pursue her art college dreams! As much as I joke, this setup ironically hasn’t changed all that much. Sure, Heather and Chad have become more nerdy/tech savvy compared to their 80s and 90s incarnations, they’re just a different breed of jerk and bitch. Our quirky nerd/homely girl has become a hipster/art/band/whatever social lower class exists in a bizzaro modern high school.

Flipping through some of the blurbs/first ten pages of modern YA, there’s a disturbing trend in the protagonists. They’re no longer just quirky or misunderstood. They often harbor psychopathic thoughts that would make Patrick Bateman pause his nihilistic monologues on 1980s consumerism. There is a pervasive trend of demonizing their antagonists to the point of self-parody. The protagonist isn’t just verbally mocked, or slandered. She’s beaten in toilets, has her legs broken Mafia style, or unpersoned like some 1950s KGB smear campaign. It is absurd and shows a lack of reality some writers have. Everyone has been bullied or at least harassed/insulted once in their life. Even the so called popular kids dealt with shit that their “victims” often didn’t know about or conveniently ignored. “They deserve it” is often the mantra of the underdog or quirky protagonist. And honestly? Fuck the underdog.

The underdog now a days is an equally shallow, narcissistic, passive rube who is a different breed of monster compared to their archnemesis. Despite what YA and pop culture would have you believe, nerds, geeks, band members, drama club members, all are equally capable of slander, gossip, backstabbing, melodrama, and every other cliche surrounding sports teams and high school cheerleaders. This isn’t to say the so called Heathers and Chads of the world sometimes really are just bores who relive the glory days. But for writing, sometimes your outsider protagonist really is a different breed of monster. They just don’t realize it.

I’d like to see more stories from the Queen Bee’s perspective. Her family is a mess, her cousins are competing for the role of their family’s business, her mother lives vicariously through her as a stagemom, she’s got a coke addiction she knows will get her killed at 40, but she can’t stop. She’s got to be the top, always got to be the top.

Or Chad. He’s the football captain, but his grades are slipping. The coaches put a ton of pressure on him since day 1 of freshman year. He’s being scouted for the top football programs in the area. But his shoulder is shot to shit from repeated injuries, he lives in his All-American father’s shadow, he’s the hope of the school and their pride. But Chad’s cracking and Chad knows he can’t crack.

Sometimes, your antagonists are equally flawed and broken as your quirky protagonist. Instead of propping up unhealthy revenge fantasies from the maladjusted 35 year olds of the world, maybe a little more empathy in our stories would go a long way to setting positive rolemodels for kids today. Or maybe not. Maybe just have Suzie Quirkie stab Heather Carrington to death after trying to become Heather’s doppelganger and wearing a wig saying, “I’m Heather now AHAHAHAHAH!”